Anchored in the adventurous musical landscape of downtown New York’s improvised music scene, Jon Madof brings together the combination of modern Jewish music – “from Rabbi Schlomo Carlebach to John Zorn” – and Afrobeat ….. think Fela Anikulapo Kuti‘s ensembles Afrika 70 and Egypt 80.  The band has elicited praise and strong support from critical music writers, adoring fans, and Zorn himself.  Madof and his band of adept artists are now working on their third album, to be released (like their first two) on John Zorn’s label Tzadik, and are looking to bring their infectious rhythms and hypnotic melodies to audiences worldwide.

Featuring members of the Klezmatics, musicians who play with Matisyahu,  Cibo Matto, The Tiptons,  Yemen Blues and Yo Yo Ma, and a rabbi, Zion80 is loaded with knowledge, talent, skill, and adventurous creativity!

“Madof has amassed an impeccable ensemble of players, and each individual acquits himself wonderfully. And herself, in the case of Jessica Lurie, whose flute solo on “Nehinah” is so tasty, filthy and ferocious it would make Ian Anderson wet his knickers.” • Sean Murphy, POP Matters 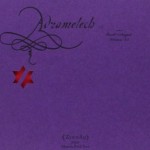 “Music lovers and audiophiles beware – An album of magic addictiveness is available for your hypnotic pleasure.” • Hislahavus, Jewish Music Report