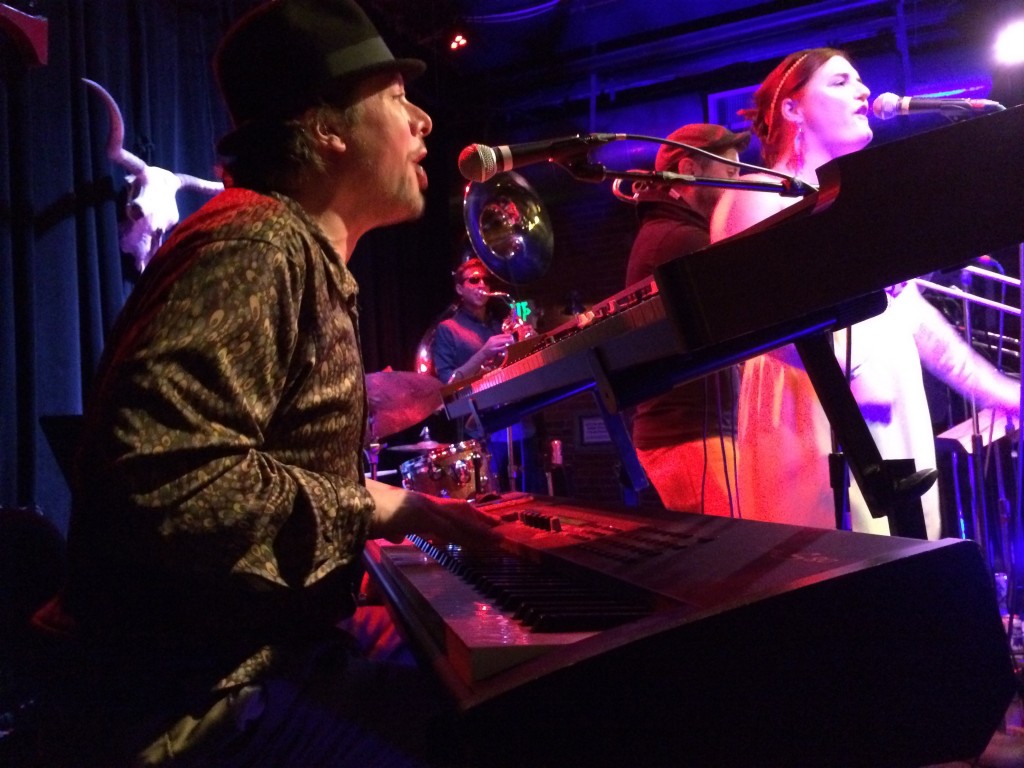 Tubaluba captures the spirit of New Orleans, and conveys it through their brass street band rhythm and style they call, Jambalaya Brass Rock.

Like the New Orleans dish that lent its name to their style, Tubaluba combines the staple musical provisions of jazz and soul with the trinity of funk, R&B & rock ‘n’ roll into a unique concoction designed to make you feel like you’ve been transported into the middle of a raucous 2nd line parade surrounded by vocals, piano, drums and a mess of horns.

“It all works. They have sophisticated arrangements that are well-executed, hot singing by lead vocalist Samantha Willis, and some funny chanting.” — Tom McDermott, OffBeat Magazine, “Champagne Sunday” Record Review 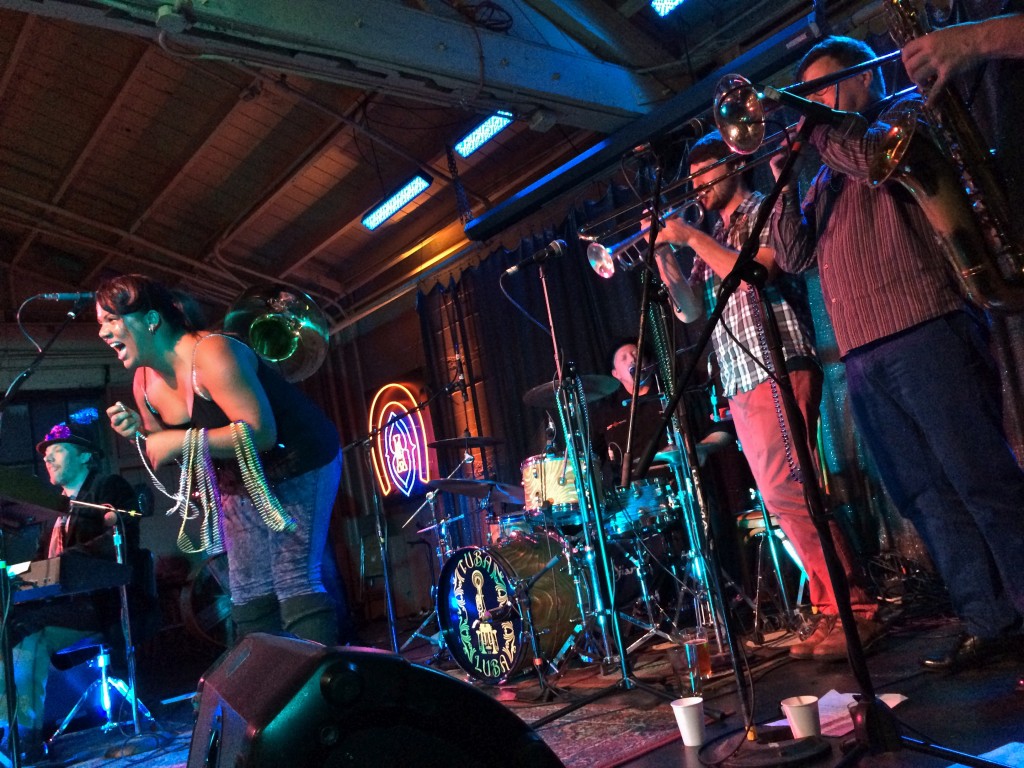 Formed in 2009, Tubaluba initially drew its musical inspirations from of the Dirty Dozen Brass Band, Rebirth Brass Band, Dr. John, the Cosimo Matassa influence of early New Orleans R&B and rock ‘n’ roll artists like Irma Thomas and Lee Dorsey. Over the past 5 years, their sound has expanded to encompass the rock ‘n’ roll past and funky present of their hometown of Seattle, WA. The band’s songwriting continues to evolve, blending fresh horn hooks with powerful vocal melodies.

The live Tubaluba experience is a high-energy combination of a stage show and street parade. The stage show has the feeling of a rock ‘n’ roll tent revival with fans chanting vocal hooks and trying out dance moves alongside the band’s soundtrack. The band has also been known to become “Tubalubradours” and head out into the crowd to, sometimes quite literally, take the party to the street. 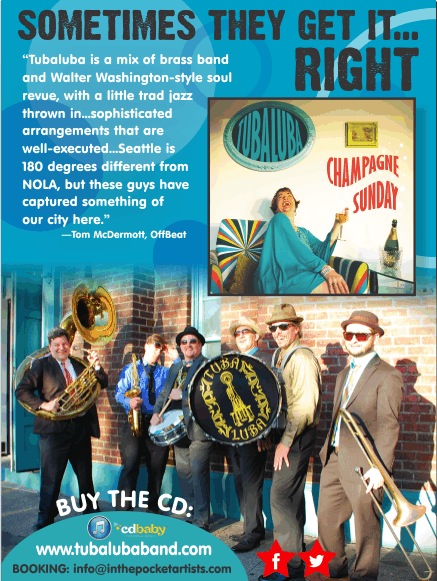 Their new album, Champagne Sunday, is an extension of their live show.  Big vocal hooks, crackin’ horn lines, and those New Orleans grooves filtered through the rock n roll, funk machine that is present day Seattle.  This album finds ways to move you and groove you.  This is not trad jazz. This is not old school. This is something new.  This is Jambalaya Brass Rock.

Tubaluba has shared the stage with many of New Orleans finest, including Big Sam, Preservation Hall, and Rebirth Brass Band.  Several members of the group have played with national powerhouses such as Macklemore and Ryan Lewis, Sophistaphunk, the Polyrhythmics, and Odesza.  They are becoming a national powerhouse in their own right.  Come on and join the parade! 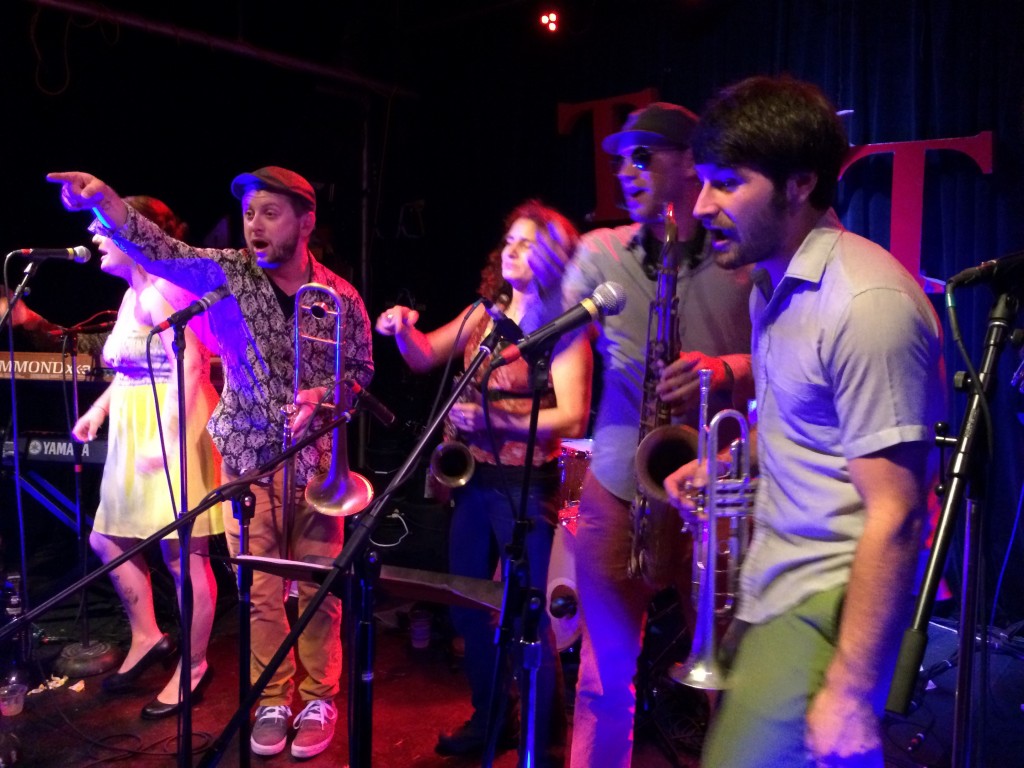 Management and Licensing:
B Dahlia Presents